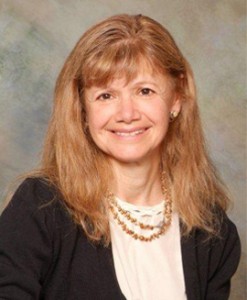 When I went to the dictionary to look up the word addict, the definition that most resonated with me was from the Franklin Language Master.  It defined addict as “one who devotes or surrenders oneself to something habitual or excessive”.  From this definition, one might infer that everyone is an addict.  Everyone has habits that may be considered excessive, at times. However, it has been my experience, that a true addict does not just surrender to something, but rather, his life is consumed by it.  The outer world of an addict has no willpower to break the hold or grip that the pattern has upon him.  There is an absence of self-control in many aspects of their life.  Generally, there is not just one pattern that has a hold on the addict.  There are generally many -- or a succession on them that will occur each time one of them becomes controlled.

As adoptive parents, there is a strong possibility that we have an addict in our family. Due to their DNA and background, many of our children have addictive personalities.  My son is one of them.  He has been addicted to drugs, weight loss, health, alcohol, tobacco and “love”.  Although I recognized his addiction to most of these, it wasn't until recently that I recognized his addiction to “love”.  The pattern was there.  However, it is not one that is typically labeled an addiction.

Since he was little, he had to have a female companion in his life.  Whenever they would be in his life, he would do everything and anything to please them.  He becomes so consumed with the relationship that everything else in his life takes a backstage.  Although he has just begun recognizing this addiction, it is still a pattern that is difficult for him to break, especially because of his deeply embedded issues regarding attachment and abandonment.

When one struggles with these issues, as many adoptive children do, it has been my experience that they are not able to self-regulate, i.e. nurture, themselves.  They need others in their lives to do it for them.  Thus, they constantly seek a partner who can self-soothe them.  When this does not happen on a constant basis, these addicts reach a “high alert” stage and sabotage the relationship in some way.  Since the attachment is not secure, the relationship eventually dies and, if they have been adopted, the feeling of abandonment occurs again.

Paul Sunderland, who is a therapist, did a wonderful talk on adoption and addiction at Lifeworks Community Treatment Center. Because of the trauma that has occurred at birth due to their separation from their primary caretaker, adoptive children have a difficult time attaching securely to another human being.  Generally, they are on alert that they will be abandoned all over again, and because of this ever present threat, find it difficult to have a stable relationship.

It is my belief that, through awareness and a change in their patterns, adoptive children can find emotional stability and security.  However, it will take time since they initially have to learn to self–regulate and nurture themselves.  That can only happen after they have fully accepted themselves, showed compassion and unconditional love for self and have allowed themselves to trust in the love and support of others.  Only when they feel secure with whom they are will they be able to form a healthy and lasting relationship with another.