The Value of Homeland Visits

Sally Ankerfelt, one of the co-founders of GIFT Family Services recently returned from a homeland trip to the Philippines. (Sally's middle child, Elias, was born there.) They have agreed to share their thoughts about this trip. Their experience dovetails nicely with our recent blog posts on identity factors in adoption. Enjoy!  Notice that one of the unexpected benefits was the chance for Sally and Dan to experience being overtly in the minority, something all of their children experience regularly in their life here in the USA. 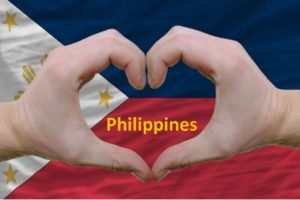 Kamusta ang aking pangalan ay Elias Ankerfelt. (Hello my name is Elias Ankerfelt). I was adopted from the Philippines at the age of 16 months old, in the year 1998. In the past year I have begun to wonder more and more about who I am as a person. On June 16th 2015 my family and I were able to travel to the Philippines for three weeks. Two of the weeks we worked at House of Refuge home for abandoned children. During the two weeks we spent at House of Refuge, I was able to go with one of their older children or a house parent to the store. This may not seem like anything special to most, but the ability to hail a tricycle and go to the store like a Filipino who lives in the Philippines was so enjoyable. I felt that I was being a true Filipino, and that I was just another person walking down the street.

At House of Refuge the directress, Ms. Glady who also was the one who worked on my travel papers to the United States back in 1998, was our connection in the Philippines. One of the days I was able to pull her aside and talk to her about my birth mother, because she [Glady] is the one who would know the most about my file and her [my birth mother.] She told me that it was possible to get my file. The only file I have is the file of adoption paper work. The file I want is the file of health information and other things. Learning this was very healing. Five years ago I was in the Philippines and I was told that I could never get my file because my birth mother is Muslim and that I was born out of wedlock and that it was punishable by death. So when I learned that was not the case I was overjoyed. This trip back home was more meaningful than the homeland tour I was on, not saying homeland tours are worthless. But that I learned how to be a true Filipino and that I am proud to be Pinyo and always have been but forming a new sense of pride. 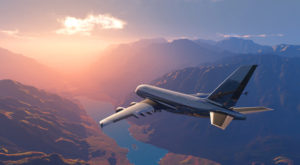 This past June my husband, 18-year-old son, 15 year-old daughter, and I traveled to my son’s homeland, the Philippines. Instead of seeing the sights and touring each day, we chose to dwell among my son’s birth culture and its people. This is quite a different perspective than a homeland tour, which we were so grateful to have experienced in 2010 when my son was 13. This time, we stayed in a hotel, took a taxi each day to the House of Refuge (HOR) orphanage where we volunteered. We played, worked with, and enjoyed the children and staff of HOR. The Philippines became a living part of our family, an extension of ourselves, and a country that no longer seems so far away or mysterious or unreachable. As you read above, my son’s own perceptions have changed. He now see the Philippines as more accessible and a place to which he can return, perhaps on his own someday.

I need to take a moment to commend my daughter for hanging in there and coming to enjoy the trip. Also adopted, she was able to be a part of my son’s longing for discovery of anything about his birth family. She, therefore, needed to have the fortitude to put have her brother’s needs highlighted. This was not always easy. She also dealt with many stares from folks who do not see African American women on a regular basis, let alone one walking with two European Americans and one Filipino American. At times, we joked that we must have been quite a sight.

This homeland trip, one where we took up residence for two and a half weeks, changed our entire family. The internal shifts probably will continue for years and months to come. It will be a gift that keeps on giving! 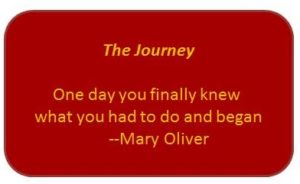