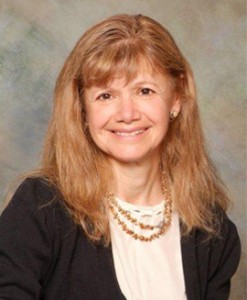 As a parent, and especially one who has adopted two children, I have come to believe that boundaries and manipulation are two sides of the same coin. It had been my belief that boundaries are the wall that we put up in order to feel safe within ourselves. Without that wall of safety, others can easily penetrate the shell and manipulate the inner core. When I adopted my children, I was given their history. Their history melted my heart and led me, as the years progressed, to give in to their demands in order take away any hurt that they could have been feeling. However, that did not work very well. Instead, it led to inconsistency, and an inability to stay within the ground rules that I had previously set. Based on these feelings, my children, and especially my oldest, was able to manipulate my boundaries. I did not like that and pushed back many times, thus manipulating his boundaries as well. I wanted him to act in a certain way and made him choose my way as the "best" way. He obviously did not agree and we ultimately both began putting up walls that neither of us could penetrate. It was through these experiences with him that I began to change the way I perceived boundaries. I began to see them as "thin veils" and not walls that can be pierced when necessary. Whereas manipulation is about control and conditions, vulnerability is the key to a healthy relationship. It is being able to understand someone else's needs and wants and that the way of accomplishing them will not necessarily be the same way as mine. It allows for an opening where trust can be formed and communication can be effective. I notice this happening with my younger son, and then subsequently with my older son. At times, I don't like the ways they are being or acting, and they probably don't like my ways, but, we have learned to listen and be there for one another when necessary. Someone once stated to me that boundaries are initially built up so that they can be subsequently expanded. We have done it in my family. It's not always easy but we are learning to relate to each other in an open, risky, uncomfortable, but ultimately "safe" way.