Coping with Rejection and Anger 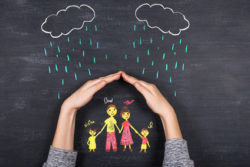 Recently I shared a conversation with an adult who was adopted as a newborn. She described the soup of emotions that she felt toward her birth-mother. To this day, she maintains a strong current of anger, hurt, frustration, and lack of control.

This pain co-exists with a healthy and happy relationship with her adoptive parents and a successful career. She described the tenuous reconnection with her birth-mother which she had accomplished and which she had described as a partial success. She had wanted so much more from the relationship than her birth-mother was able or willing to give.  The reunion had been both a healing experience and a repeat of being rejected.

She talked about her tween years when she began to truly understand the “rejection” that is at the core of an adoption plan. Anger spiraled within her. As a youngster, she lacked the skills to ease the pain of not being raised by birth-parents with an understanding of the complex reality that validated the need for an adoption plan.

Now, through her adult eyes, she accepts—even embraces—that adoption was the appropriate choice for her. The same problems and shortcomings still limit her birth-mother. She understands that would have created a traumatic life for her if she’d been raised by her birth-mom. Yet anger, resentment, and lack of control dominate her attitudes toward her birth-mother.

“I suppose it is my way of justifying my bad luck,” she explained. The only way adoption couldn’t be my “fault” is if my birth-mother was responsible. I mean responsible not in an accountable way but in a fault-finding coming-up-short way. By demonizing her, I could let myself off the hook, feel less unworthy, be less of a reject …” Her words trailed off and pain shadowed her face.

It was difficult to watch her distress. After all these years, the traumatized, confused baby still raged, ached, and struggled to cope. I wanted to soothe the hurt, heal the trauma. That’s unrealistic and a bit disrespectful because the trauma is authentic and must be acknowledged. It is important for me not to trivialize or dismiss her adoption because it was the “right” choice.

I chose to honor her experience—without minimizing or catastrophizing. I bless the wisdom she earned through adoption and celebrate the courage she has demonstrated as she has navigated to adulthood. It is my privilege to be in relationship with her and I wonder if I would be half as resilient if I were an adoptee.